Missionhurst~CICM (the Congregation of the Immaculate Heart of Mary) was founded in 1862 by a Belgian diocesan priest, Theophile Verbist, for the evangelization of China. Inspired by our founder’s devotion, Missionhurst missionaries have proclaimed the Good News of the Gospel in some of the most remote places on earth. Today, almost a thousand priests and brothers from the United States, Latin America, Europe, Africa, and Asia, continue serving and caring for God’s poorest and most neglected people around the world. Many have died in the service of their missions; 40 of them were martyred. Missionhurst-CICM missionaries give witness to the universal love of God by living among the people, sharing in their privations, and participating in the day-to-day effort needed to achieve life-long spiritual and material changes. 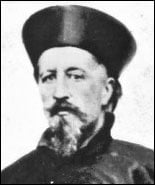 In response to the people’s most urgent need, Missionhurst missionaries may start a new farming project, build a clean water supply line, work to improve nutrition and health, establish a loving home for orphans and abandoned children, start a leadership training program or a sheltered workshop for the handicapped, or provide “seed” money to village entrepreneurs struggling to start small businesses. Or they may build a new chapel, seminary, or school.

As trusted members of the communities in their care, they work in close cooperation with local churches to promote Christian values, human dignity, self-reliance, and a decent standard of living, while sharing the hope and comfort of the Gospel.

MISSIONHURST IN THE UNITED STATES

During the Second World War, anxious for the survival of our missionaries in China and hoping to provide them with Mass stipends from the U.S., Father Ernest Dieltiens was sent to the United States to help seek financial support for the China missions and to find areas of ministry.

Eventually it was decided to establish a permanent CICM mission in the U.S. In April 1946, Father Dieltiens was able to buy an eleven-acre property called “Lyonhurst,” after its former owner, Mr. Lyons. The name was then changed to “Missionhurst.”

In 1946, sixteen missionaries arrived from Brussels. Most of them were immediately assigned to the Archdiocese of Philadelphia. The others were assigned to the African American ministry in Columbus, Ohio. In October of 1946, two priests moved to Culpepper, Virginia, where their mission covered three counties. On November 16, 1946, the Sacred Congregation of the Propagation of the Faith gave official approval for CICM to work as a missionary Congregation among African Americans in the U.S. In 1947, ten more missionaries arrived and, in 1948, an additional twenty-three. Also in 1947, it was decided to expand the CICM presence in the U.S. and, in 1948, a large group of 23 missionaries arrived. 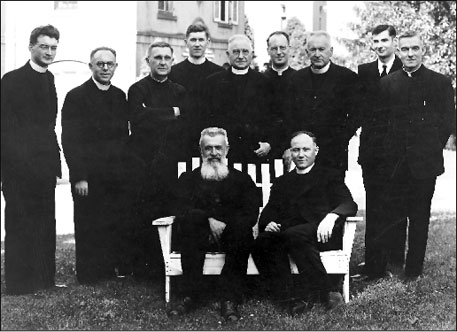 IN 1949, FR. JOSEPH VANDEPUTTE, CICM, (FRONT ROW, LEFT) VISITED THE CICM PROVINCE IN THE UNITED STATES. FR. GEORGE VERMEIREN, CICM, (SECOND ROW, LEFT) AND FR. JOHN MOREL, CICM, (SECOND ROW, RIGHT) WERE EARLY PIONEERS IN THE AFRICAN AMERICAN APOSTOLATE IN PHILADELPHIA, PENNSYLVANIAToday, 65 missionaries of the Missionhurst-CICM Institute live and work in the U.S. During the first 40 years most came from Belgium and Holland. During the last 12 years most newcomers have come from the Democratic Republic of Congo, the Philippines, and Indonesia.

Through our development office we publish Missionhurst magazine, organize mission appeals, and coordinate the fundraising to support our mission projects in 24 countries around the world.

On the East Coast, four Missionhurst missionaries are currently working in administration. A good number are retired but remain actively involved in various ministries. We staff three parishes in the Dioceses of Arlington, Virginia, Raleigh, North Carolina, and the Archdiocese of New York. Two Missionhurst Fathers are serving as school and prison Chaplains.

In South Texas, our pastoral activities primarily serve the Hispanic community. We staff three parishes on the west side, the poorest sections of San Antonio, as well as two rural parishes in towns outside of San Antonio. In the Diocese of Brownsville, an international CICM team serves five parishes near the border with Mexico, one of the poorest dioceses in the U.S.

We are deeply grateful to our benefactors, without whose generous help and support, our mission work would not be possible.