Is God Calling You?

“Do you love me?” Three times, Scripture notes, Christ asked Peter, “Simon Peter, son of John, do you love me?” (John, 21: 15-17) At some point in his life, an ordained CICM missionary priest heard that question and responded. You may be someone who has already heard His voice in your heart; you may be the one who will have the courage to say “yes” to a life of service as a CICM missionary.

There is a parallel between the life we lead, and the life the human Christ lived here on earth. There is a personal meaning for us in all this talk about the Resurrection of Christ, that followed upon His public ministry, His arrest, His passion and death; a lifetime of service and love that culminated in public humiliation, and an ignoble death by crucifixion. 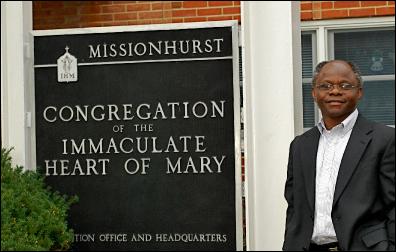 Matthew was a tax collector. He tells the story of the life of Christ with great detail and objectivity. His is a factual account, trying to convince himself and others that this man called Christ was truly the promised Messiah. He wrote simply and in Aramaic, the language of the mainstream folks of his day. He said “yes.”

Mark wrote his account of Christ in Greek. He was out to explain and prove to the more educated of his day that Christ was who He said He was; that He was both human and divine. Mark, witness to the martyrdom of Stephen, knew in his heart that he was called to be like Stephen and Paul, and to be like the Christ whom they chose to follow. He said “yes.”

Then there is Luke’s account of Christ. Luke was a physician; he was also an artist.That perhaps explains why he chose to tell us about the many healing miracles the Christ did. That, too, may explain why he writes with all the poetic and picturesque talent of a painter, an artist; as one who sees the connections between who Christ is, and what Christ did. Always, the Christ in Luke’s account is a man whose heart overflows with compassion for those in need; the Christ in Luke’s account is a man of prayer. Luke, too, said “yes.”

Almost intuitively, it was given to John, a simple fisherman, just an ordinary guy, to know that the Christ was the promised Messiah; that Christ was a man of prayer; that Christ went about doing good; that Christ is both God and man; that Christ is God of mercy and love for all. Like the eagle, John soared above the others in his response of total and selfless love. John said “yes.”

In all four gospel accounts of the life of Christ, details and emphasis differ a little. But all four accounts tell the Resurrection story with little variation. “He is risen!” they wrote. “He is risen!” they believed…and believing, they went forth without fear, with exceeding joy, to tell the world the Good News. That is what you, as a CICM missionary, can and will do—if you say “yes.”

IT’S JOY TO BE A MEMBER OF COMMUNITY 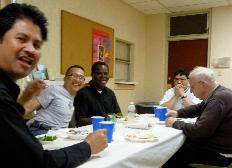 Our initial “yes” is only the beginning of the journey—not the end. We have all had moments of “going about doing good.” We have all had moments of suffering. We all will experience that final moment of our own personal death and personal resurrection. But over and above all that living and dying, we have known transforming moments of grace, we have been instruments of transforming grace for others. Little by little over the years, most of us have known fleeting moments of grace, personal transformational moments that give promise of the fullness of our personal Resurrection yet to come.

But, there’s more. Such moments bear witness to the charism of the founder of the US Province, Father Dieltiens who lived and said “yes” many times over as he lived and taught the gospel; walked the Way, and risked all so that you and I might have the opportunity to say “yes.” He risked all so that vocations to the CICM Congregation might continue to come; he risked all so that CICM would endure.

For each of us, though our “yes” is personal, each of us lives with the gospel promise that our personal response is global; it is eternal. Join us in the Congregation of the Immaculate Heart of Mary and become missionary priests in service to humanity. Life as a missionary is meaningful, both in this life and in our personal, resurrected life to come. This is our hope. It is our challenge. It is our prayer. Each of us, confreres, parents, friends, do what we can to invite others to say “yes,” and to become a member of our around the world family of Missionhurst’s ordinary guys.

TO BE A MISSIONARY IS CHALLENGING

In the Archives of the CICM Congregation, we read about the CICM missionaries who were beaten, their churches burned, and they and their Christian converts martyred. (“CICM Missionaries Past and Present,” by Daniel Verheist and Nestor Pycke, pgs. 89-90)

In China: “…The Boxers spread throughout the Vicariate in 1899. They hate foreigners and oppose Christianity, which they want to extirpate. The first attack on 5 July 1900 is on the Yao-tzu-koo, where Arthur Hustin organizes the defense. When the Boxers retreat, sixty among them are wounded and they also have left seventeen dead behind. All the small missions are burned down. The big residences resist an attack on 22 July. And because the Christian communities in the valley are not defensible, the missionaries have to withdraw. They soon hear that all their missions were destroyed on 10 July; the church has been sacked by the soldiers, and all the other buildings have been taken over by the army. There are placards everywhere, which declare all Europeans as outlaws and ask all Christians to renounce their religion. 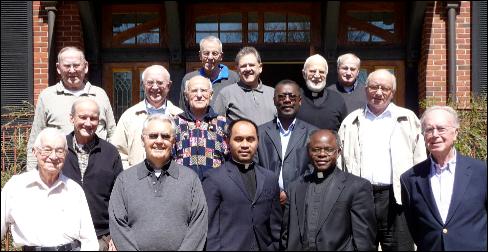 In Guatemala: “It cannot be denied that in the CICM Province of Guatemala, to which, since 1970, North Americans and, since 1973, Filipinos also belong, different pastoral options are breaking through. On the one hand, there are the older people, who keep on believing in traditional missionary methods; on the other hand, there are the mainly younger people, who are more in favor of the missionizing method of basic communities. A few among them take the side, via the people’s organizations, of the workers who are exploited by the system. The CICM group has a very difficult time between 1980 and 1983. Walter Voordeckers is murdered at Santa Lucia Cotzumalguapa on 12 May 1980, while Comradeo de la Cruz mysteriously disappears on the first of May 1980; he has probably been murdered. Serge Berten is arrested in the capital on 19 January 1982, never to be seen again. About nine other CICM priests, under threat of death, are obliged to leave Guatemala.” (Ibid., p. 91) 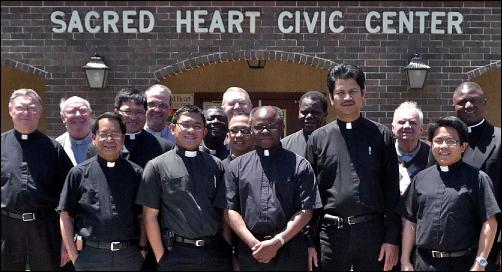 In the United States: “Bishop Ireton proposed that we take over a mission in Northern Virginia. …The possibility was there, since Father Dieltiens had just received a letter from Father General informing him that six more missionaries had been assigned to the U.S. Mission. …By accepting this invitation, the U.S. CICM Mission was entering a field of apostolate much different in many respects from the kind of ministry assumed by the confreres elsewhere. First of all, instead of being confined to a relatively small section of a big city, the two CICM missionaries found themselves in full countryside, comprising no less than four counties—Culpepper, Orange, Gordonsville, and Madison.

“…The Virginia countryside, there and mostly everywhere, was solidly Protestant, with some small groups of Catholics, mostly of Irish origin, scattered here and there. As to the black population, Virginia, being part of the Old South, belonged to the Protestant church and a few other denominations. It was clear that the first task of the CICM missionary priests would be to find the lost or fallen away Catholics, get them back to the Church, instruct their children, and then look for likely converts.” (“Missionhurst-CICM in the USA 1944-49,” p. 60, Victor C. De Clercq, CICM)

“But their greatest handicap in the U.S., coming from the boat straight to their assigned parish in Virginia, was that all at once, they had to adapt to a new society, a new way of life, a new job, and also to adjust to a different climate, eating habits, etc. Their greatest handicap, however, was their minimal knowledge of English, especially as spoken, giving them a feeling of helplessness and uselessness.” (Ibid., p. 54) A really tough beginning…but one that has been blessed every step of the way.

WHAT ARE THE STEPS TO
BECOMING A CICM MISSIONARY?

A lot depends on your spiritual, physical, emotional and educational level at the time you apply. But usually, when you do apply by mailing the Contact Form below to us, some initial questions or problems may be resolved by phone or in a follow-up letter. You may also be invited to spend a few days with us at Missionhurst, USA, so that we can discern whether we meet your expectations, even as we discern whether you meet our basic requirements.

Following that discernment retreat experience, you will begin a more structured formation program. Our formation program consists of a pre-Novitiate (philosophy studies), Novitiate, Theology, and three years in the country of Mission.

This all may sound a bit overwhelming, but it can be done. Some of our missionaries have served for fifty years and more. It’s possible to do.

After the first seven years or so, you will be well on your way to a lifetime of personal formation, growing daily to be a man of prayer and a lover of Christ. All along the way, you will have a spiritual director and a community of brothers to support you. They will be there for you, when you need them to be there for you. It only takes a lot of love, faith, and trust. More importantly, know that God’s grace will also be there for you in each moment of your life—every step of the way—to help you measure up.

1. Must be a baptized Catholic and a practicing Catholic.

2. Must be a resident of the United States.

4. Must enjoy social relationships, and interact well with others.

5. Must be willing to live in a multicultural environment.

6. Must have a high school diploma and , preferably, a college degree.

7. Must be willing to leave your homeland to serve the Church anywhere in the world.

8. Must be single, never been married, and without children.

9. Must have no major debts.

10. Must have a facility for learning languages and willing to learn to speak a foreign language that is not your own.

To receive further information, print out a hard copy of the following form, complete it, and mail it to:

Or copy and paste the form into the message of an e-mail, fill it out, and e-mail to: provincial@missionhurst.org

Level of Education you have completed

(check one or more topics below):

___ Discernment: How do I know if God is calling me to be a missionary?

___Religious Life in Community: Do you pray a lot together?

___How will I learn all the rules I need to follow?

___What do you do for recreation? Watch tv? Play sports?

___Other questions (please use the space below):